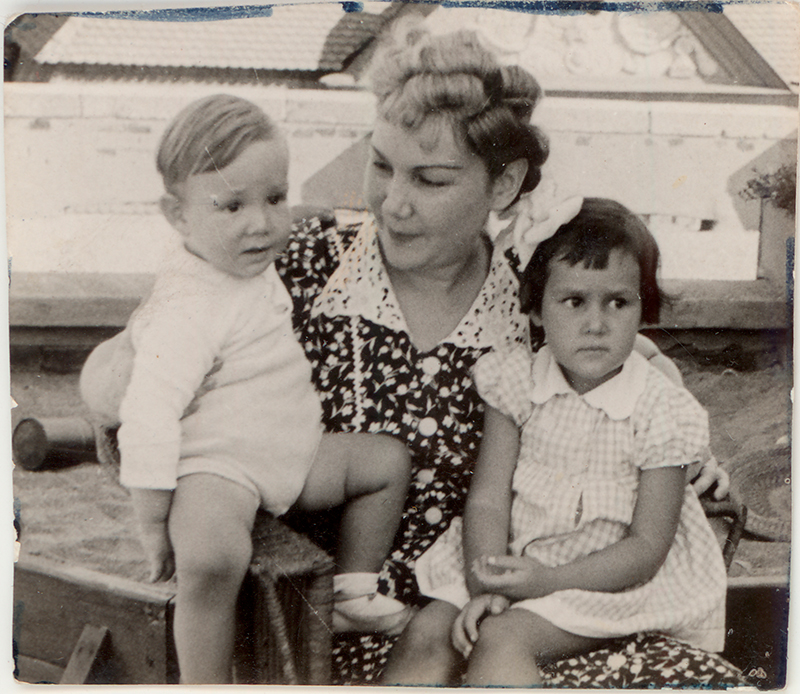 ... one of the last photos before going to camp! 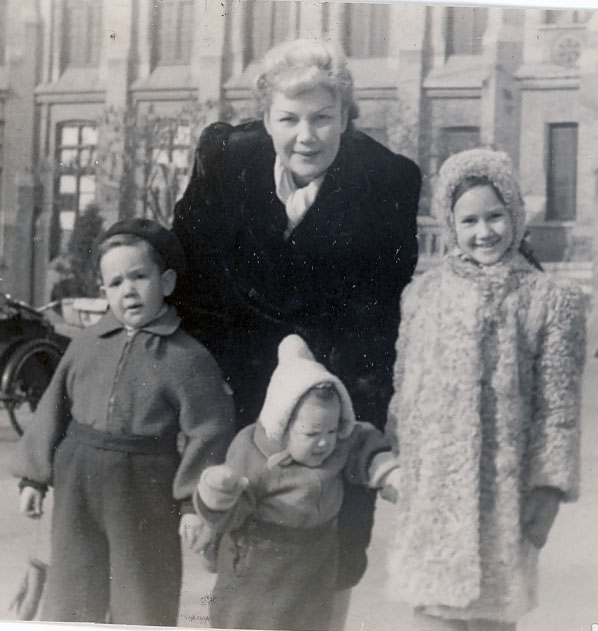 ... the few first photos after camp !
A little sister was born in Weihsien. 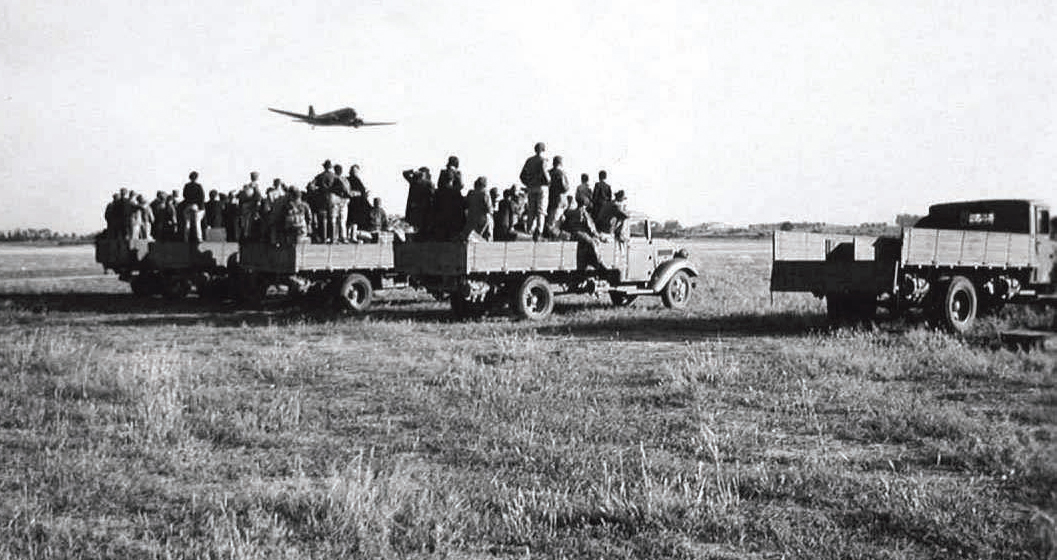 ... the "second" before the last photo before leaving camp forever!

... I remember standing on the plaform of one of these trucks.
Just before passing under the Camp's Main Gate on our way to the airfield, dad said to me:
"Have a good look ... because you will never see this place again!" 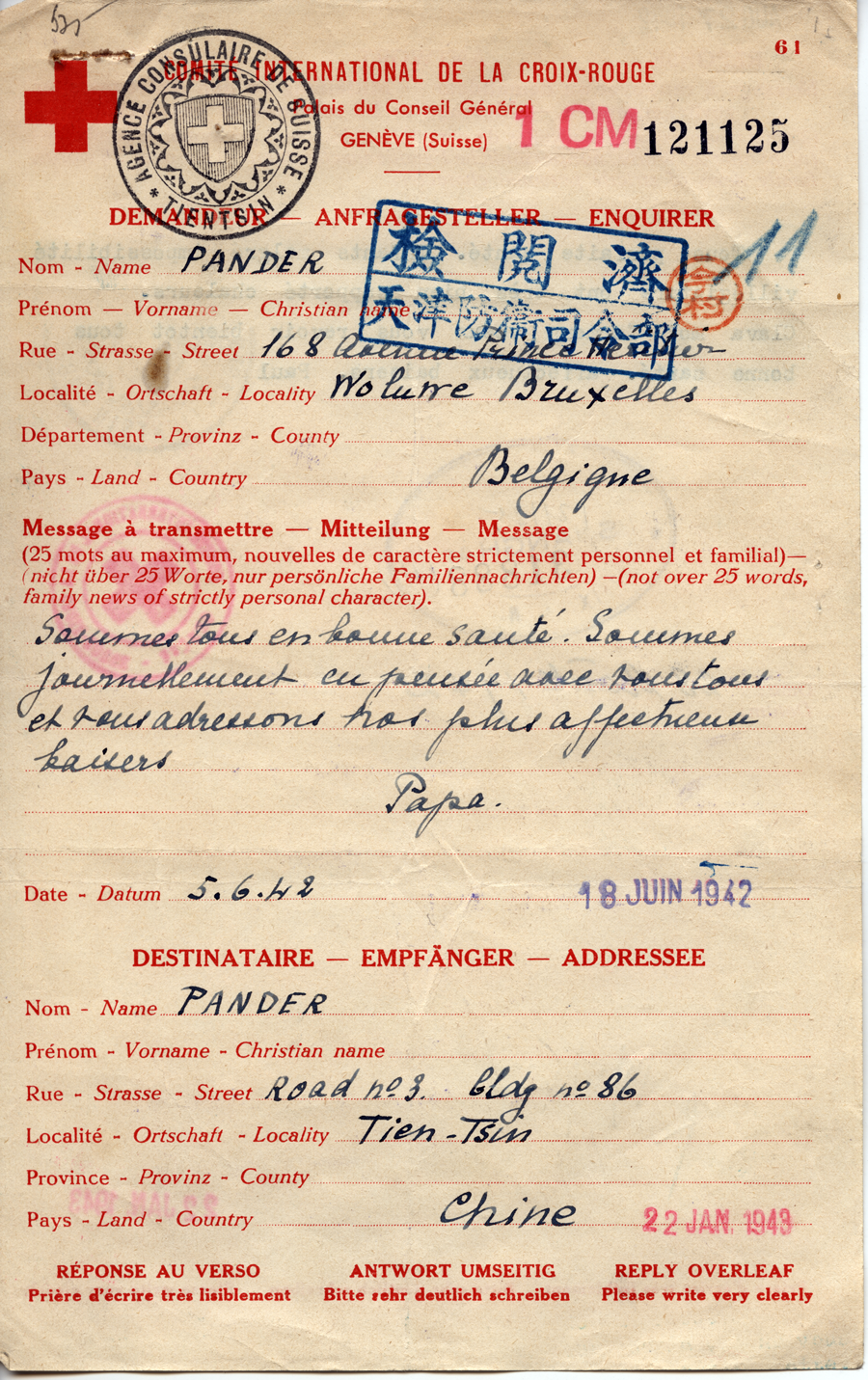 ... as you can read in the Red Cross message (above) our family was under house arrest at "Road number 3, building number 86". In fact we lived at number 86, Victoria Road - Tientsin. The Japs had already changed all the Road names into numbers!

after "Pearl Harbor":
... obligation to wear an armband

... "The food:
You can only count on enough bread and some Chinese vegetables. Occasionally, eggs, fish and meat are obtainable. However, besides these and other supplies, an additional half a pound of fish or meat per day per person would be more than adequate, to complement a meal.

Work and working hours:
… varied. In general, one day off, every three days for the men, and every two days for the women.
Labour is normal for our community life, (cleaning, coal transport, peeling of vegetables, etc. )... 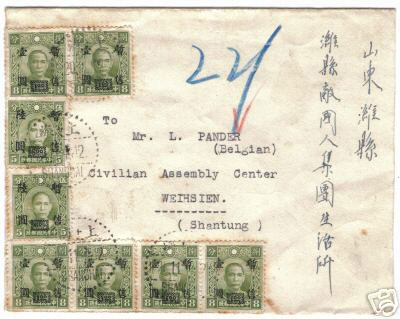 ... letter from a French citizen living in Shanghai.

French nationals under the protection of the
"Vichy Laws"
were not incarcerated in concentration camps as we were ...
Many stayed in contact with us and occasionaly sent us most needed food parcels ... 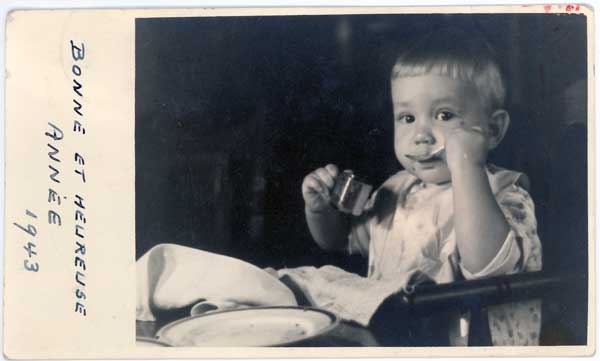 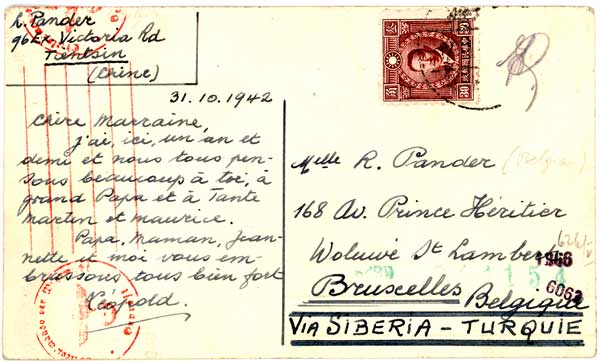 -- This postcard went all the way from China to Europe, then at WAR.
-- By train, via Siberia;
-- Hitler had attacked Russia on June 22nd, 1941 and so the post card travelled via Turkey instead; 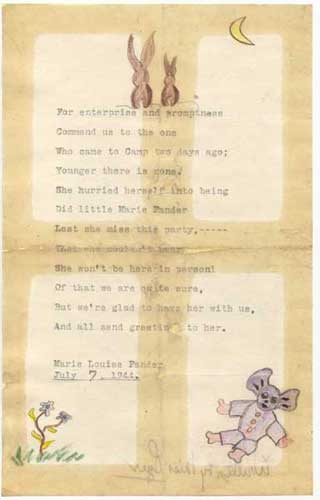 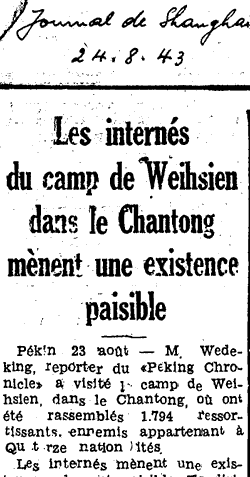 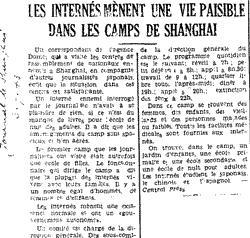 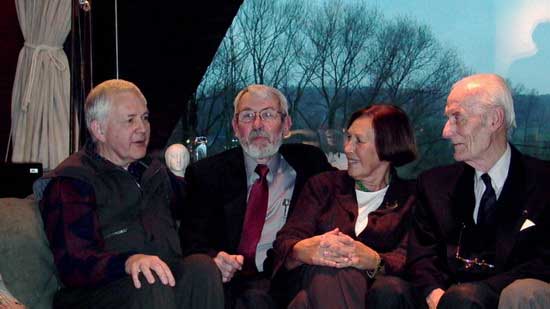 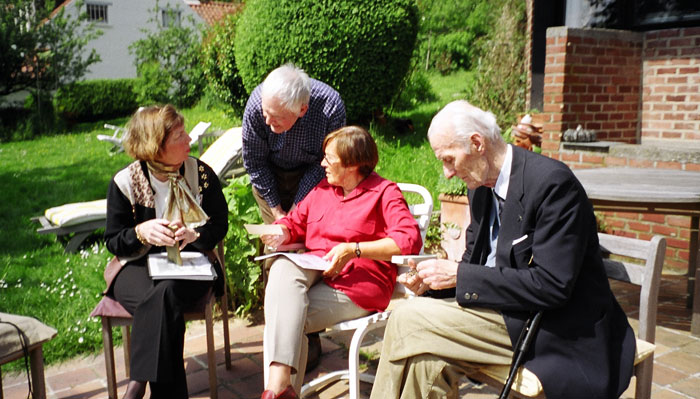 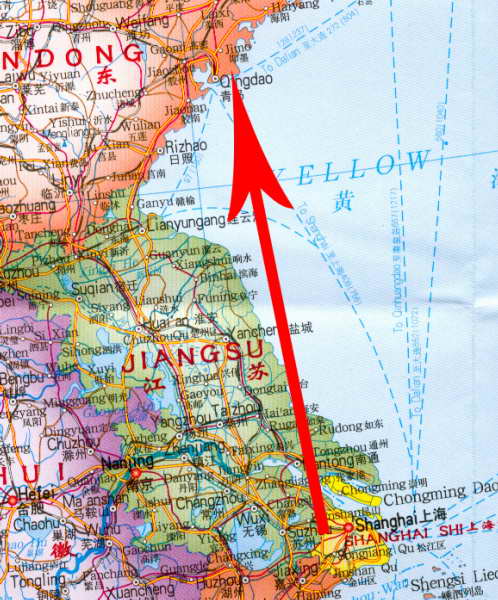 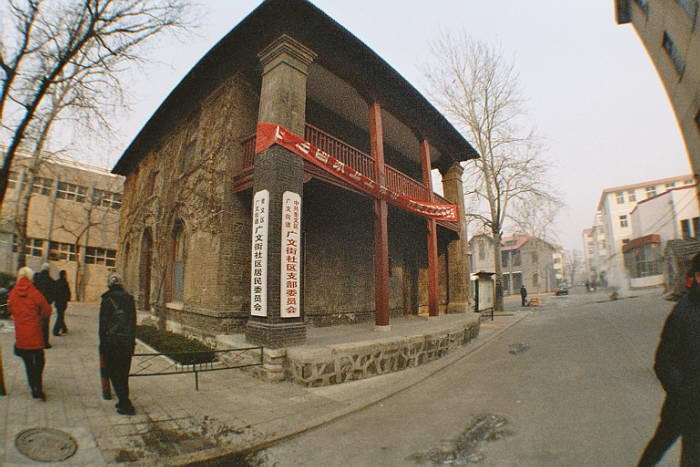 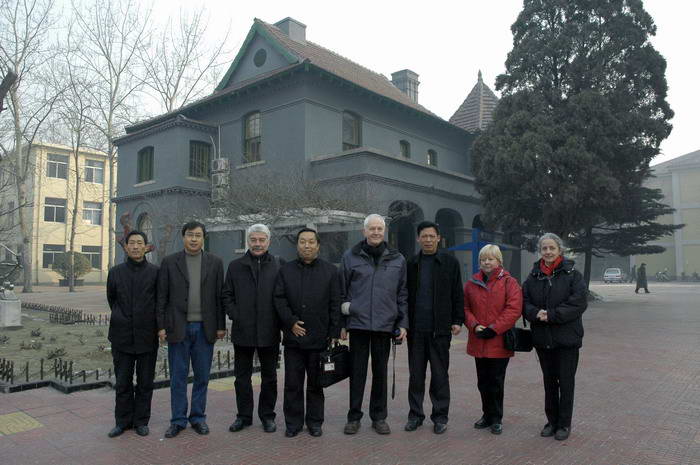 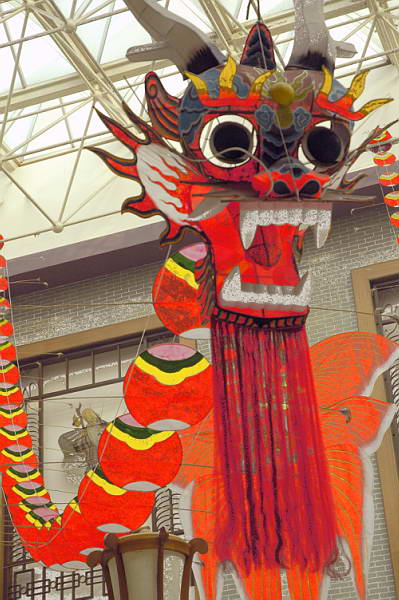 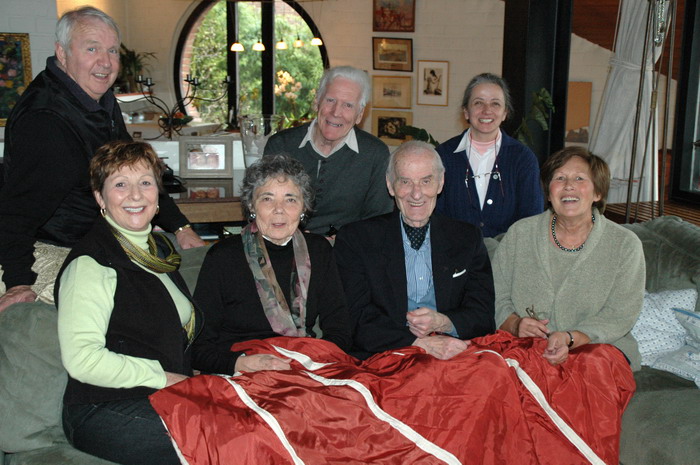 ... with the red parachute from Weihsien, received after the War ... 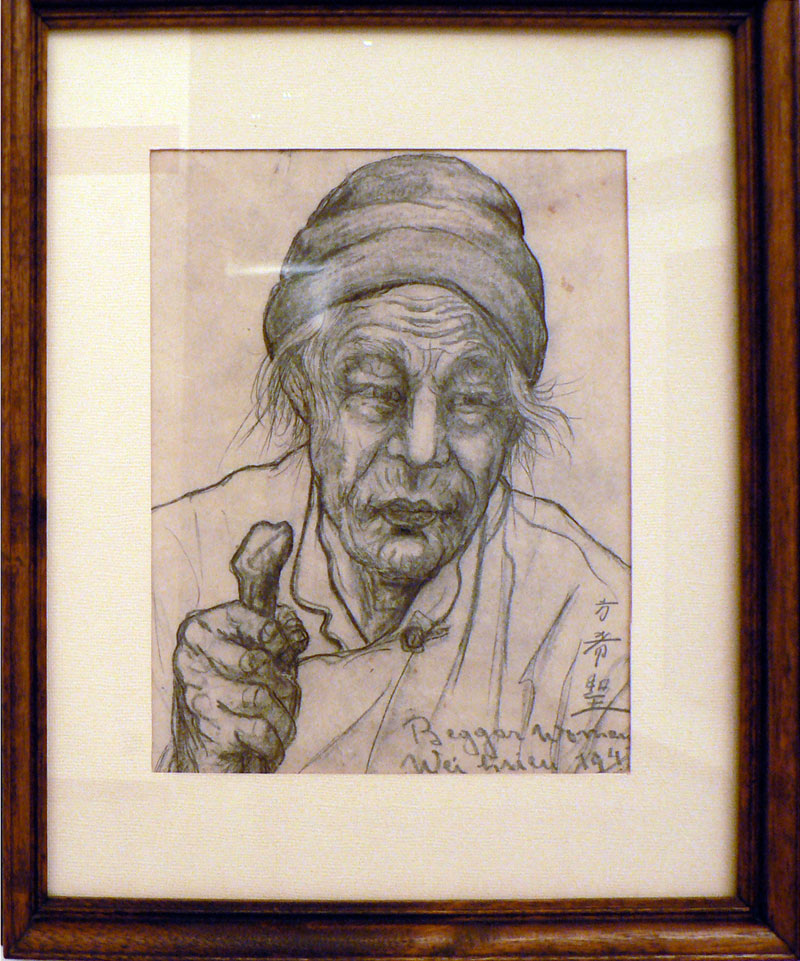 Edmond Van Genechten,
... a Belgian artist and one of the Roman Catholic priests imprisonned in Weihsien ... 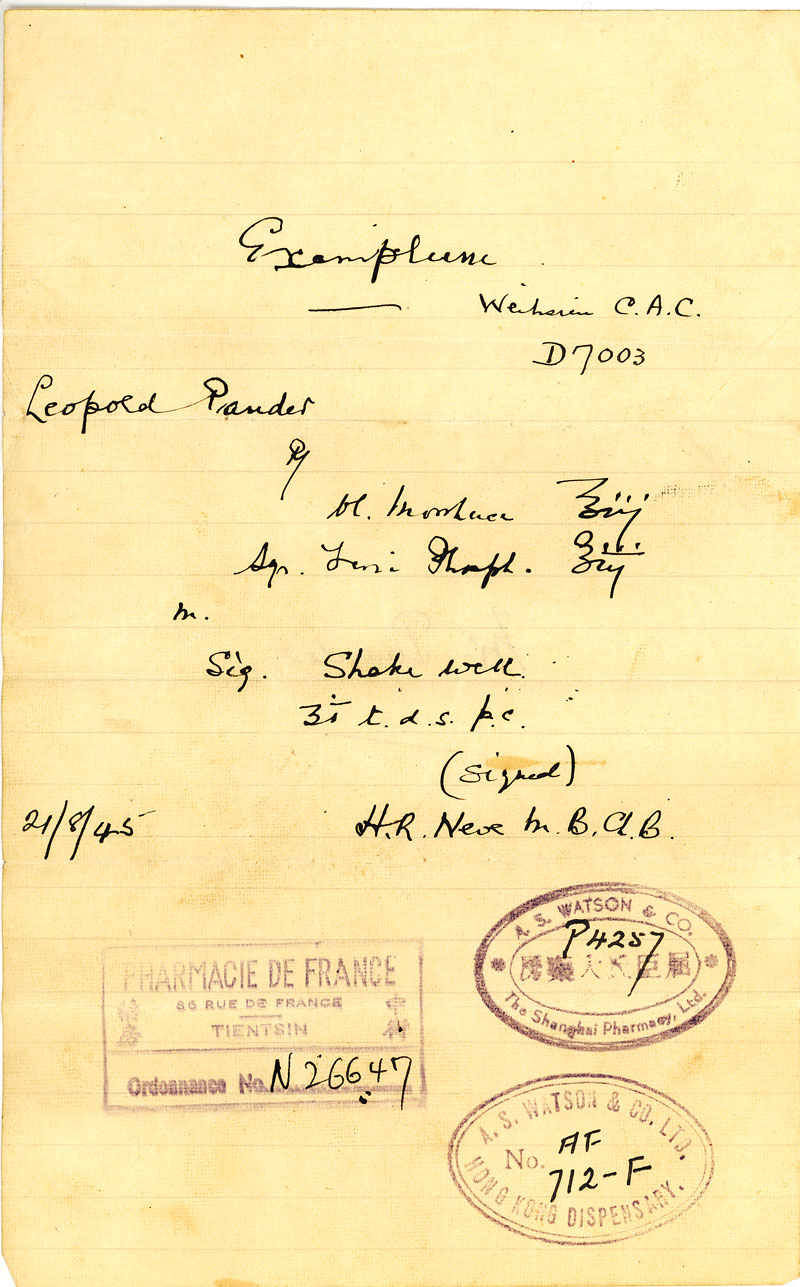 Doctor Neve was a lifetime friend of our parents. She too, was in Weihsien and lived in Scotland after the War ...

... the same story in a Tianjin newspaper, by Xiang Zhang.