(All standing) from left to right

Wednesday, August 15th --
During the afternoon and evening rumours were going around camp that war had finished.
In the evening, Mr. Mc Laren read out in front of the discipline office that the Japanese emperor had ordered that no more firing should be. The Japs neither confirmed nor denied this statement.
In the evening there was a game of ...

My First Class Journey
" Recently I rang the Scout Information Centre to ask about the "1st Class Journey" that I undertook in Weihsien with my class-mate Jamie Taylor. I was told that it was part of the "1st Class Badge" which no longer exists as such.
My “1st Class Journey” account was in June, but 1944 or 1945 - I don’t know. In the hymn “New every morning is the love…” there is a line: “The trivial round, the common task.” These pages are a bit like this last line: nothing dramatic; just 27hours of observations of Camp life. 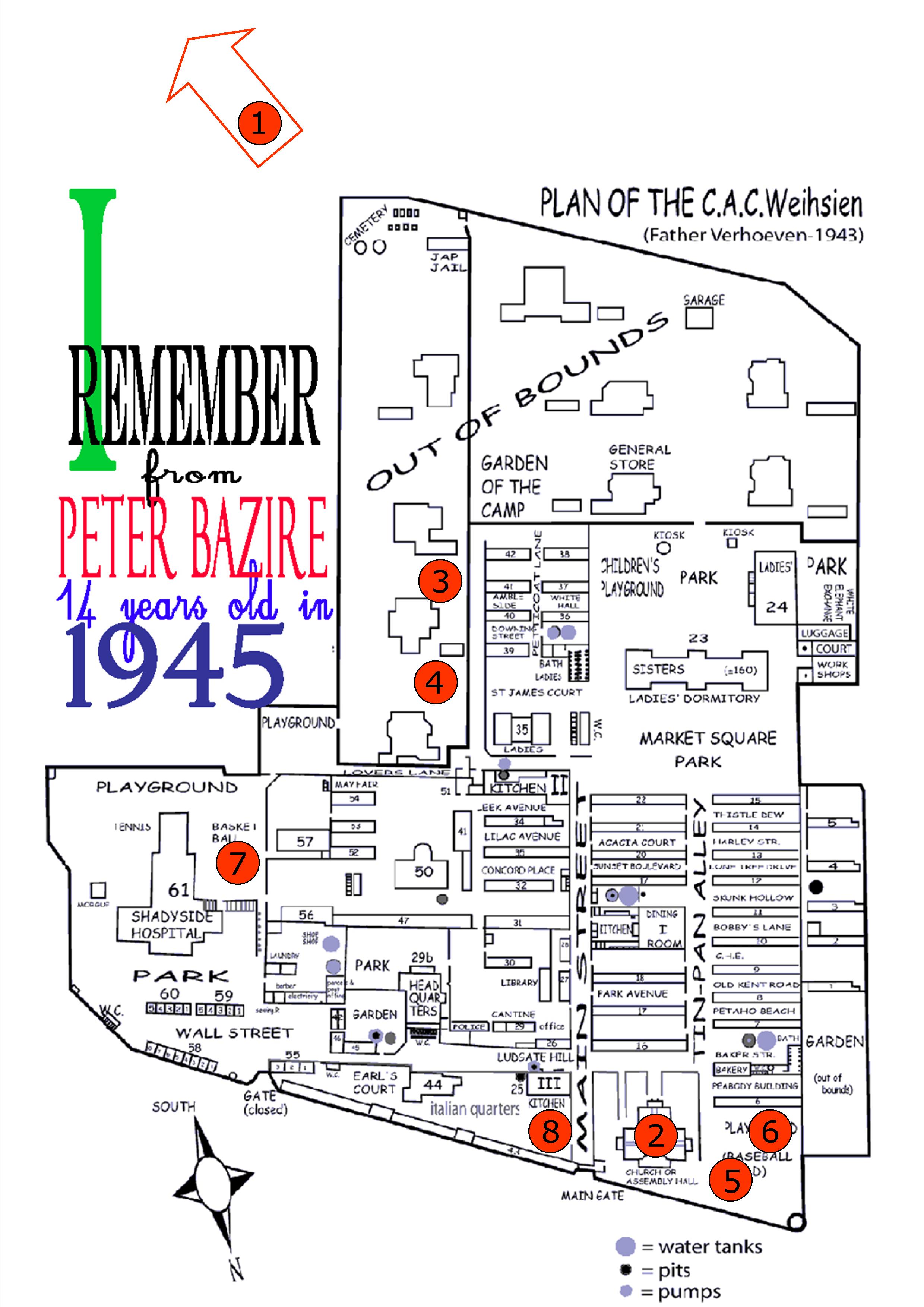 The Weihsien Symphony Orchestra – 1943-45, and other music
By Peter Bazire,

In September 1943 the Chefoo contingent arrived in Weihsien. We soon heard the Salvation Army band playing, and later that month some of us went to a concert given by the Weihsien Symphony orchestra. Boy, what an experience! In Chefoo we had a school orchestra that ... 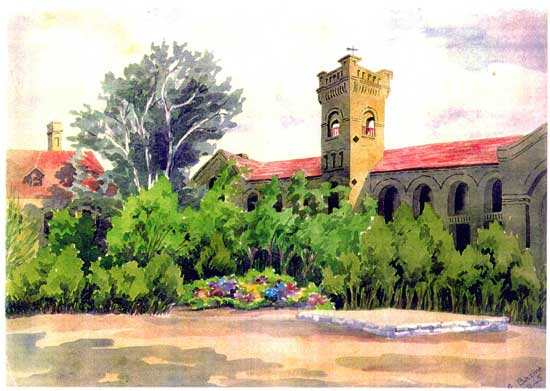 "I kept a Nature diary from Feb to Nov 1944. This diary was largely observations of birds in and near Weihsien camp. For reasons I don't know, there are no entries from June to August. Too busy playing baseball? No, that would not have taken up so much time!
"We were very fortunate that Mr Hugh Hubbard, a renowned ornithologist, was ...

For much of the time in Weihsien the older pupils of Chefoo School were housed in Block 61: the Hospital building.

In January 1946 I became a pupil at a Grammar School in London. In June of that year, when I was fifteen, we had to write about a typical winter’s day in the war for English Homework. Here is what I wrote:

A typical winter’s day in camp

For the boys of my age the day usually began with half an hour’s pumping. This was ...