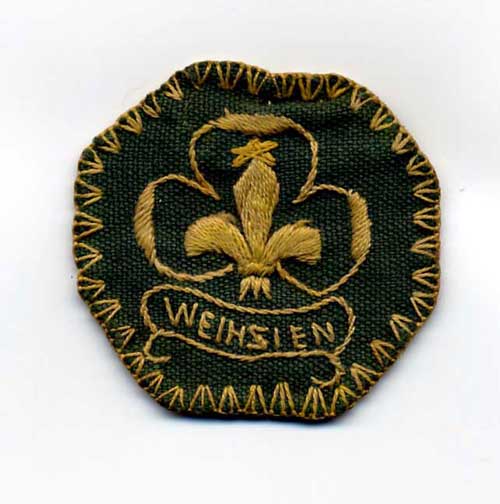 The motto was ---
"All for one, and one for all"
The emblem was, a lily flower on a clover embroided by the boys' mothers and sisters. Father Hanquet explained that the Japanese forbade us to use the emblems of the Royal Families. The "fleur de Lys" is the emblem of the Kings of France and that is why the clover was used. But what the Japanese did not know, was that the "clover" was the emblem of the Scouts of France. !! The scarf, was a white handkerchief dipped into blue ink.
Father Hanquet writes ;
"The very beginning of the Scout patrol was constituted by 7 or 8 boys. Junior Chan, a Canadian-Chinese, catholic of 14 years old who could be the patrol leader, Sandy, an Eurasian, the de Zutter brothers, Belgians of 14 and 12 years, and also 3 to 4 Britons. There was a good mixture of Catholics and Protestants and there even was an Orthodox boy. With A. Palmers, we decided to give the responsibility of the group to Cockburn and we accepted to work more as assistants than as priests. "

The picture was taken on the South Field and the wall in the background, is the camp's boundary wall. The photographer was somebody of the Cheefoo School staff. Who? Father Hanquet could not remember. 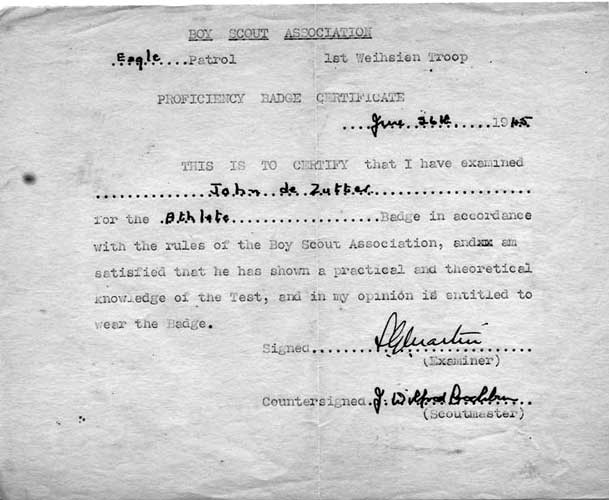 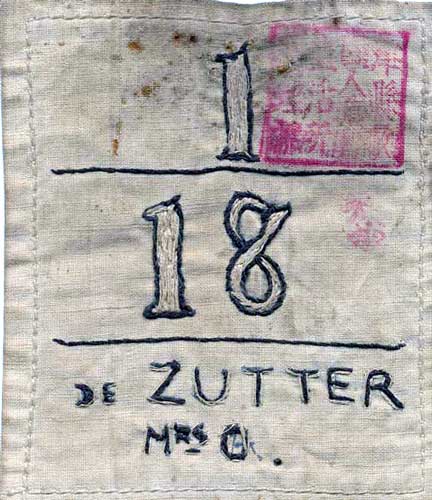 An important feature of camp life was the Rollcall, which was usually held twice a day. In some camps this entailed the internees numbering off in Japanese. If someone in the group was on work duty, a person who was normally number 57 now became number 56; and not all could adjust to this change linguistically. The guard on duty would give a report in front of the prisoners to his superior, which went something like this: "There should be 149 people in this section. There are 139 present, 6 are on work duty and 4 are sick. 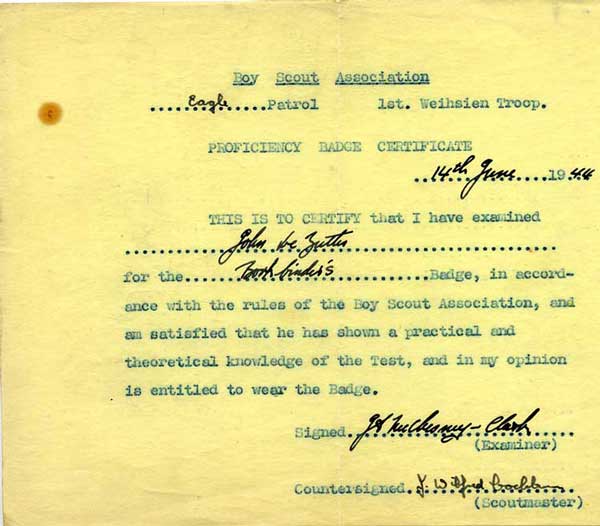 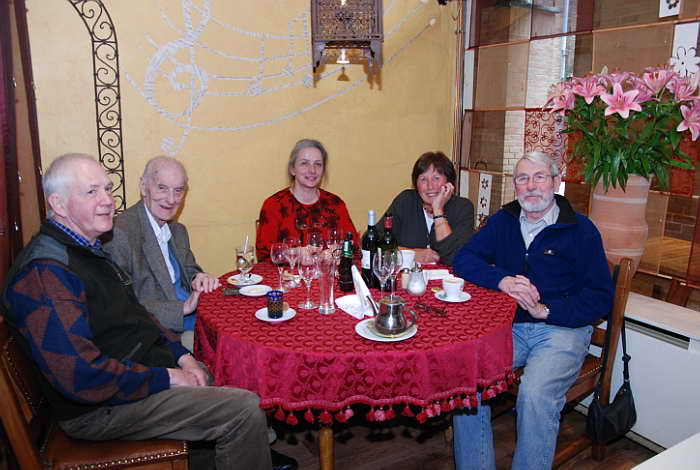 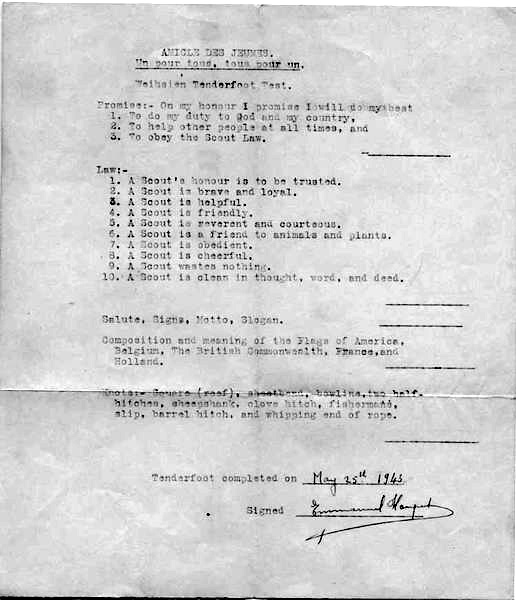