THE SALVATION ARMY BAND included many non-Salvationists.
Every Sunday afternoon it played the well known hymns of the Christian Church at certain points of the camp.

When the end of the war was approaching the bandsmen practised a "Victory March", a medley of the various Allied national anthems. For obvious reasons the air to the tune was omitted. When the American parachutists arrived, the band was at the front gate to welcome the liberators with this Victory March and other suitable pieces.

A group of young men:

REPORT ON THE ACCIDENT, WHICH RESULTED IN THE DEATH OF FRANCIS BRIAN THOMPSON AUGUST 16th, 1944.

At a meeting held on August 17th 1944 of the Weihsien Internees General Committee, which ...

John D. Hayes was a Rhodes scholar and old Chefoo boy, who was a senior missionary among ...

Eric Liddell was a missionary of the London Missionary Society and hero of the 1924 ...

Emily Bryant displayed her identification card she used to attend school during `WWII.

by courtesy of Mrs. Sandra Small née Roche
and Mrs. Susan Strange of the Smithsonian Institution ---

From: Henry R. Pietropaoli Date: Sun, Apr 10, 2016.I was looking through some old photos and found the attached photo sent to my great Aunt and uncle, Natasha and Fred Rumpf, from their friend and neighbor in Weihsien.

REMEMBER?
World War II officially ended 45 years ago on this date. The story that begins on page 2 tells of a youthful prisoner of war who is now reaching out to his former captors.

David Michell, far right
We invested our lives in Japanese youth," David Michell says of his years of ministry in Japan, first with Overseas Missionary Fellowship (OMF) and later as a campus worker with Inter-Varsity Christian Fellowship.

The dramatic World War II rescue of Weihsien prison camp, in Japanese controlled China, is remembered by inmate David Michell, who was 12 at the time. He was one of a number of children, separated from their parents, who were in the camp.

The Rev. Raymond J. DeJaegher, a Belgian-born Roman Catholic missionary and educator in China and Vietnam for many years and more recently a ...

Mrs Selmes kept a diary during her years at the camp.
"I wrote it in short hand so the Japanese wouldn't be able to read it," she said. "Towards the end of the war we were so weak, the sweat was ... 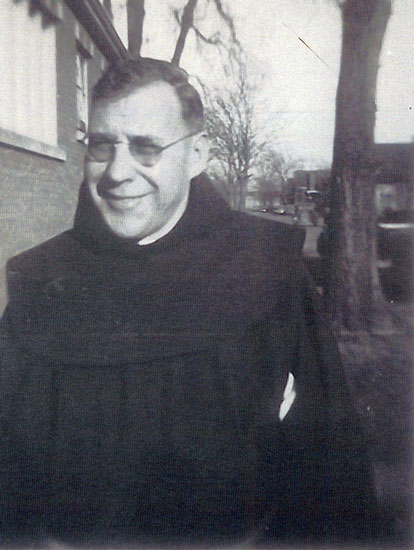 ... He loved to laugh, and laughed heartily and loudly. This happened when he told us about the time he had to undergo surgery: a trepanning ---
He said: "They opened my head and they didn’t find anything in ... 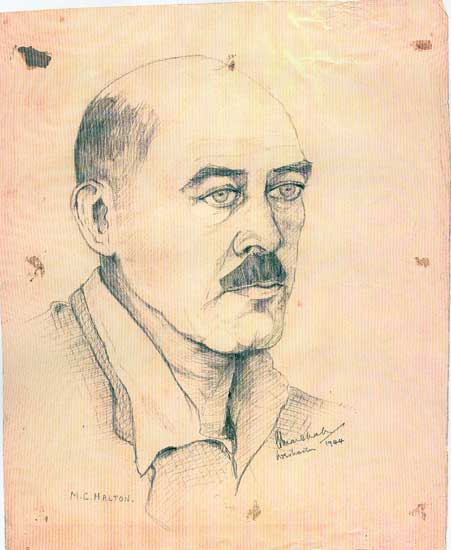 Sketch of M.C. Halton -
When elected, he was: Chairman of the "Quarters" committee.
Later, this was Langdon Gilkey.
Sketched by C. Marshall 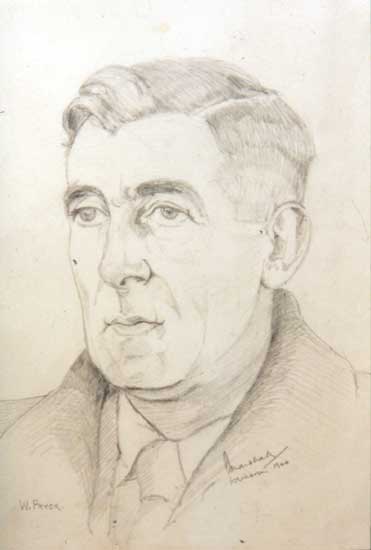 When elected, Mr W. Pryor, was Chairman of the Education Committee. Later it was E. McLaren.----
© Norman Cliff 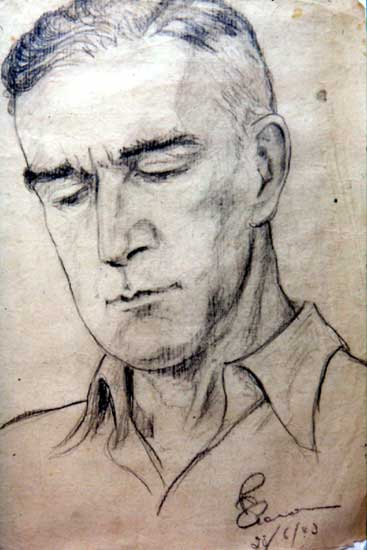 Ted McLaren was born in Edinburgh on May 28th 1902, the scion of an ancient Scottish clan, and was educated at the Royal High School, Edinburgh. He excelled in all forms of sport but his speciality was Rugby Football.
In 1923/4 he played Rugger for ...