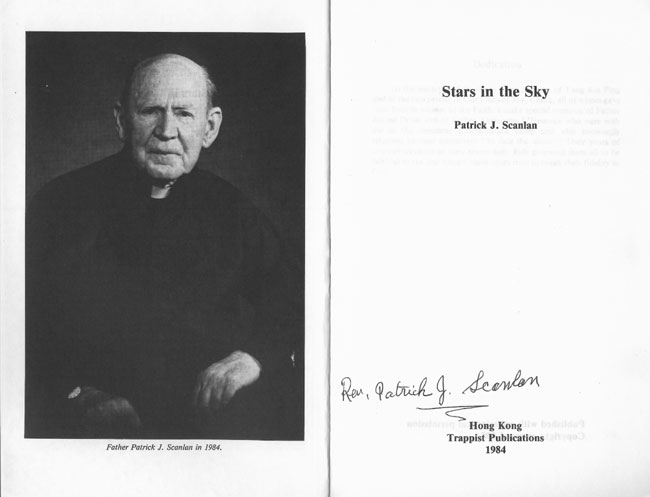 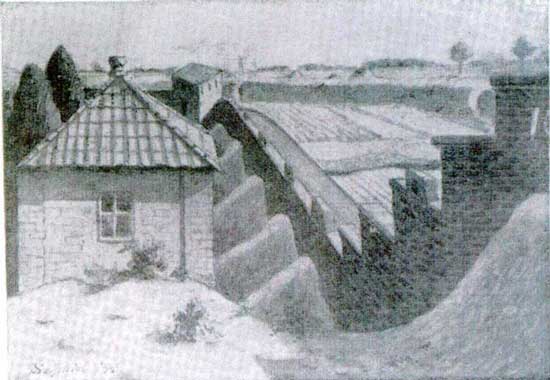 The building in the picture would be the morgue, and was also the place where the trappist monk, Father Scanlan, was confined after he was caught buying eggs in a "black market" operation. At the time of his confinement there was a funeral for a priest who had died of cancer, and I was assigned the task of sneaking down from the burial ground (the vantage point of the artist) to the small building and passing a flask of water to Father Scanlan. The feat was successfully accomplished.