With the coming of the first winter in camp, we experienced the monotony of the long, endless evenings. The Sun was more generous than in Europe though, but it went down early and the long cold evenings began without radio and without TV. Television didn’t even exist in those remote days!

For all those who had nothing special to do, the only distractions available were; reading of books, walking around, or visiting friends and neighbours. As for book reading, we had a small library with various books brought into camp by the different groups of prisoners that came from Peking or Tientsin or elsewhere. There wasn’t a fantastic choice, but, I must however tell you that I read a great deal of books all about life in China and also about Chinese history.

Besides reading, the few possible occupations, were visiting friends and neighbours, singing and theatre activities.

About visiting: we had to find enough space to greet our friends in the little rooms where the only suitable seat was the bed next to the one you were already sitting on. There was always somebody around to listen to whatever confidence that you might be telling. That was why those visits were very rare, rather brief and had, for major purposes, the request of a favour.

As time went on and people got to know each other better, and becoming friendlier, it was customary to have birthday parties. The Mothers did marvels in the baking of cookies without eggs or butter! 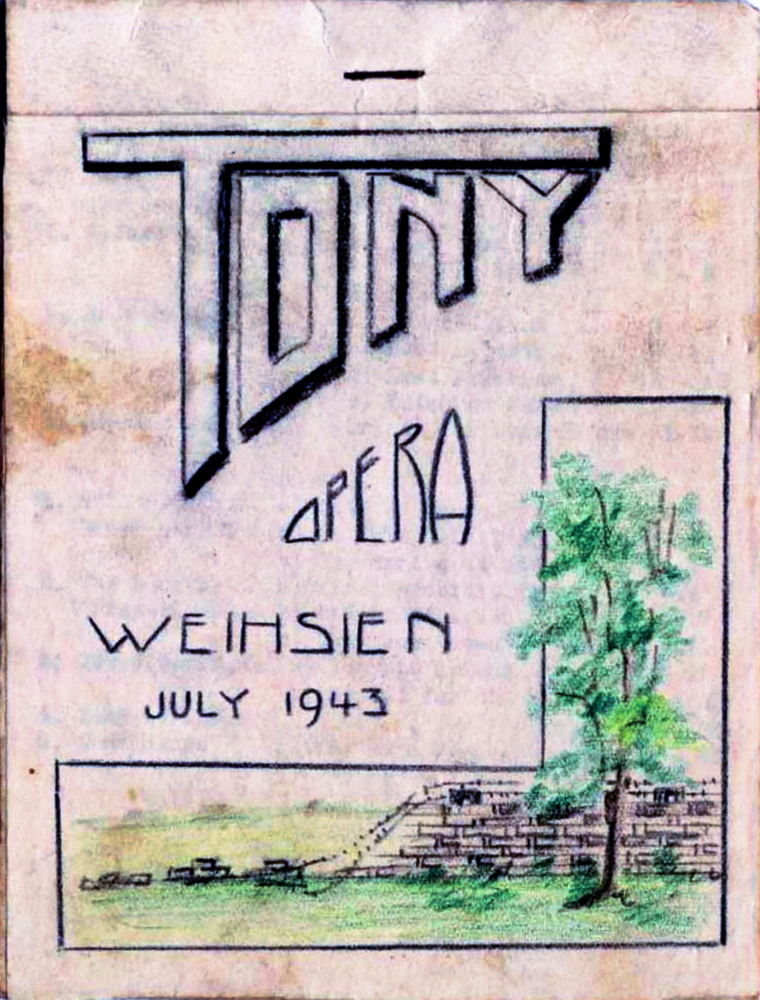 Those concerts, in the “sing-song” style were performed two or three times every winter and gave a little joy and beauty in our otherwise boring existence. Those concerts and recitals, of course, had to be meticulously prepared and we used and abused our local artists’ talents. Percy Glee (?) was one of those precious artists. He was an excellent pianist and sung with the wonderful voice of a tenor. He was also able to conduct a choir. Thanks to that, we became more familiar with English folk music, folk songs, as well as with Negro spirituals. The song that was highest in rank on the hit parade during those days was: “God Bless America”, it was a song that warmed up our spirits and pride and gave us the energy to go on. Everybody learned the words. 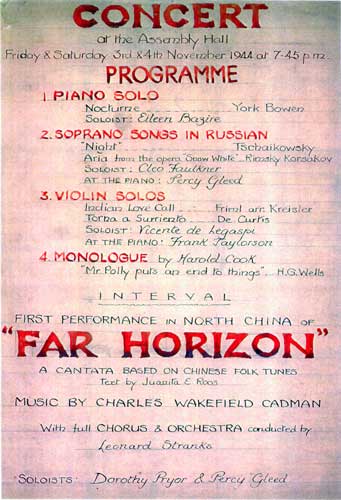 Theatre had no lack of artists and more than once did the little groups of our younger folks prepare their performances with great care and meticulousness.

They recited poems or performed in short plays. Some even adventured themselves in giving a full recital.

But the musts, was by no contest, the performance of the Bernard Shaw’s classic, “Androcles and the Lion”. I must tell you about that, for I was closely involved in the adventure. The promoter and director of the play, lived in the same bloc as mine, but on the first floor. His name was Arthur P. and shared a room with Larry Tipton. He was a fine and distinguished Englishman, not very tall, with a soft voice and intelligent conversation. We were neighbours, and as “warden” of Bloc n° 56 I often had the opportunity of talking to him without ever really being his friend for as much. That is why he hesitatingly asked me - maybe due to my sacerdotal condition - that he allowed himself to take the risk to invite me to take a part in his project, as well as Father Palmers, to play the role of a Roman soldier!! I re-assured him of our complete collaboration. That is the reason why I still have an accurate memory of my Roman soldier outfit. It had been carefully assembled at the repair-shop by the means of many tin cans that had been flattened and assembled together to finally take the shape of a helmet and a breastplate that fit us perfectly. To give more reality to the looks of our legs and arms that were of course all white, we painted them with potassium permanganate that got us all bronzed up. For only a few days though.

Nero appeared in all his majesty with his laurel crown and draped in a white cloth surrounded closely by his courtesans chosen amongst the prettiest women of the camp, dressed in green and rose gowns confectioned by the means of old curtains. Two gladiators armed with nets were trying to hold Androcles as their prisoner.

The show was a great success and we even had to do an "encore" to be able to satisfy all those who wanted to see it. A few weeks later, when the American parachutists came into camp we even had the honour to perform the play once again for them.